As reported by several local news outlets, betting shops scattered across the United Kingdom and Scotland have been told by the UK government that they will be allowed to re-open partially from the 29th of June which is Monday. The United Kingdom-based bookmakers and betting shops have been forced to shut down their operations temporarily due to the ongoing coronavirus pandemic some fourteen weeks ago back in March as part of the government’s measures to spread the outbreak of the highly contagious, potentially lethal coronavirus strain.

According to one recent report released by SBCNews, the anticipated revival of the sports betting industry in Scotland and other parts of the United Kingdom follows the 15th of June re-opening of sports betting shops in England. According to the same source, the revival also forms one part of the post-coronavirus economy revival envisioned by First Minister Mrs. Sturgeon. The main goal of the First Minister’s plan is to speed up the country’s emergence from the coronavirus pandemic lockdown after the nation recorded forty-nine deaths linked to coronavirus in seven days.

The same source SBCNews revealed almost two weeks ago that England-based betting shops and bookmakers were finally allowed to re-open and revive their business operations for as long as they follow a range of social distancing and other protective measures which were set in motion by the government. These other protective measures include the mandatory installation of sneeze plexiglass screens to protect customers.

When it comes to Scotland-based betting shops and bookmakers, they have been prevented from offering betting on live races while they will be asked to remove in-shop seating areas to prevent customers from gathering in indoor areas. These and other protective and safety measures are set in motion in order to prevent any potential outbreak of the coronavirus strain which since the initial outbreak has claimed the lives of over 43,000 individuals in the United Kingdom only.

One of the latest reports by SBCNews related to the matter revealed that Kate Forbes Finance Cabinet Secretary had written to The Betting and Gaming Council’s Chief Executive Officer Michael Dugher to share with him that re-opening of Scotland betting shops and other similar facilities will be slightly limited and restricted. This means that Scotland betting shops will be limited to only providing their transactional services.

According to the letter written by Finance Cabinet Secretary Mrs. Forbes, Scotland betting shops and bookmakers will also be required to shut off their fixed-odds terminals. Her letter to The Betting and Gaming Council’s Chief Executive Officer also reads that the organization’s members will finally be permitted to re-open for the purpose of placing wagers only which means showing live races and offering chairs and other seating places is not allowed.

She also added that these measures aim to prevent clusters of bettors gathering at betting shops to watch live races and live sports. Her letter also reads that all sorts of gambling machines should be turned off in order to avoid infectious spread through the less-common surface transmission.

Following the news about being permitted to partially re-open betting shops, one of the most prominent bookmakers in the United Kingdom, GVC Holdings revealed that the company is rather disappointed at the advice by the nation’s government. The bookmaker responsible for over three thousand and five hundred betting shops in the UK also said that the protective and safety guidelines for Scottish betting shops are rather inconsistent with the guidelines for England betting shops. 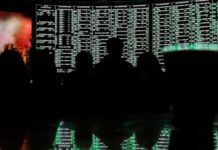