With Gonzo’s Quest slot powered by one of the leading brands in the industry NetEnt, players take a trip to the magnificent lost city of Eldorado as they accompany a Spanish explorer on his journey. The city which is depicted in the game was mainly described by the conquistadors who went on several expeditions back in the 1500s in search of the city’s alleged treasures and riches.

There is a number of legends surrounding this city and they gave changed over time. Firstly, Eldorado was believed to be a man, then a kingdom, a city and then an entire empire. All in all, in pursuit of uncovering the legendary place, numerous conquistadors and explorers searched through parts of Venezuela, Columbia, and Brazil.

This legendary place is beautifully depicted in Gonzo’s Quest slot which offers rewarding bonuses across its 5 reels and 20 paylines. When it comes to the game’s bonuses, players can take advantage of its authentic Avalanche Reels feature thanks to which they can scoop an awesome, up to 5x winning multiplier for winning spins. Moreover, there are also more generous, up to 15x winning multipliers offered in the game’s Free Falls Bonus mode.

Travel Back in Time to the Days of the Spanish Conquistadors

One thing is for sure, an amazing adventure is waiting in Gonzo’s Quest which delivers immersive gaming sessions packed with bonuses. Before we explore its bonus offer, it should be mentioned that the game is playable from 0.01 to 0.50 credits. Its RTP stands at 95.97% while players get to enjoy medium to high volatility spinning actions.

As previously mentioned, with the very first spin of the game’s reels, players join Gonzo on his epic journey which leads to maximum winnings worth up to 37,500x players’ stake. In order to scoop such a massive prize, players naturally take advantage of the game’s rather unique, very rewarding bonuses. As soon as they find themselves inside the almost enchanting forest, they help Gonzo navigate through the jungle to finally uncover the lost city of Eldorado.

Once there, they can take advantage of the game’s wild symbols which replaces other symbols for more winning combos. The game was the very first video slot to use the Avalanche mode instead of the classic reel setup. With this mechanism incorporated, the game’s symbols fall down onto the reels like falling rocks while winning symbols get removed leaving space for new symbols to drop down which gives the chance to scoop consecutive winnings.

During their gaming sessions, players will notice that there is a massive Avalanche Meter located on the side of the reels. Every time players scoop a winning combo, the game’s Avalanche Multipliers mode comes into the game. Players’ first avalanche win adds 1x winning multiplier while every subsequent win increases the winning multiplier all the way up to 5x their stake.

Then, there is also the Gonzo’s Quest Free Falls mode which is playable with getting scattered free fall symbols on reels one, two and three on the same spin. Once here, punters receive 10 free spins while the game’s Avalanche Multiplier meter changes to start at 3x and go all the way up to 15x. In other words, the game’s winning multiplier reaches 15x for four consecutive avalanche winnings to finally offer top winnings worth up to 37,500x players’ stake.

The Search for Eldorado as a Visual and Audio Spectacle

In terms of its looks, Gonzo’s Quest slot appears beautifully rendered with stunning 3D animations which make the game more entertaining. This NetEnt release is actually way ahead of its time, not only in terms of its bonuses but also in terms of its graphics and visuals. The game was released back in 2011 while its design and visuals look like something released in 2019.

With an interesting Mayan theme going on, the game’s symbols include different animals such as fish, alligators, birds, snakes as well as ancient masks that appear on stone blocks, as well as symbols depicting the moon, and fire. On the side of the reels, players will notice quirky Gonzo who starts dancing around every time players score a winning combination.

Before the game even starts, there is a brief, extremely entertaining film that introduces players to the lost city of Eldorado and Gonzo’s story. All in all, the screen art going on is amazingly rendered with a massive ancient temple lost somewhere in the Amazon jungle beautifully depicted in the background. The game’s visuals also perfectly match its sound effects which resemble stunning jungle noises adding more to the overall vibe.

Gonzo’s Quest Ahead of Its Time in Every Sense

With such a unique offering of bonuses, and remarkable graphics and visuals, the Gonzo’s Quest is one of those games which are way ahead of their time. Released in 2011, this NetEnt release looks as modern as today’s releases while its story never gets old or boring. Players who are ready to start their quest for Eldorado riches and treasures can join Gonzo on his quest from Karamba Casino. 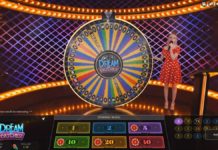