PokerStars, owned and operated by The Stars Group, is without a doubt one of the leading online casino gaming and gambling companies globally. The company based in Toronto, Canada is not only responsible for the biggest online poker room, PokerStars but also for several other highly successful iGaming brands including Full Tilt Poker, BetStars, and PokerStars Casino.

The company formerly known as Amaya Inc. emerged on the iGaming stage nineteen years ago back in 2001. Together with Flutter Entertainment, The Stars Group produces and distributes all sorts of online gaming services and products including sportsbook, casino and poker products through several of its divisions. The Stars Group is also responsible for one of the biggest online poker tournaments, the iconic PokerStars Championship as well as for MegaStack live poker tournaments, PokerStars festival and land-based poker games and tournaments including PokerStars Live which is held at the Hippodrome Casino, City of Dreams in Macau and City of Dreams in Manilla.

The company’s Stars Interactive division has licenses to operate across seventeen jurisdictions in North American, Europe, and elsewhere. Needless to say, the most iconic brand owned and operated by The Stars Group is PokerStars which was founded eighteen years who also in 2001 in Costa Rica by Mark Scheinberg and Isai Scheinberg.

As one of the most successful online poker cardrooms, PokerStars is easily accessible through its downloadable clients that work smoothly across the iOS, Android, macOS, and Windows operating systems. As the biggest real money online poker site globally, PokerStars today controls over two-thirds of the online poker market.

What makes PokerStars highly successful is its real money poker tournaments department which is regularly updated with new exciting offers available to punters across the globe. What is even more, one online satellite tournament at PokerStars.com produced Chris Moneymaker who was the World Series of Poker 2003 champion. He was the very first person to become a World Series of Poker champion by qualifying at an online satellite tournament.

One of the major reasons behind these upgrades lies in customer feedback which helped PokerStars to enrich its offering. Players have asked the operator to allow mobile gamers to play its Home Games via their portable devices. Finally, the mobile compatibility for the vast majority of Android devices while users of iOS devices will have to wait for several weeks to have the same option.

To add even more fun to its Home Games program, PokerStars decided to remove some less popular poker variants and add several new options including Six Card Omaha, Fusion, Hold’em, and Showtime among others. Players will find these new poker variants in the Home Games cash games section and the tournament section. To start any game, players select their option and provide a code to friends or family members to start. 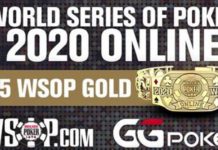